We can’t wait to see your smiling faces in Chicken, Alaska!

Are you a band or vendor?

A Clucking Good Time in Chicken Alaska!
Postponed until 2021

Join us for the 15th annual Chickenstock Music Festival! It’s a fun-filled weekend for the whole family hosted by Chicken Gold Camp in Chicken Alaska on “Top of the World”. Enjoy a weekend of boot stompin’ music by Alaskan artists, locally prepared eats, delicious local craft beer, the “Peep Drop”, games, Alaskan made crafts and fun local Chicken hospitality. Come shake your tail feathers “under the Midnight Sun” in Chicken Alaska at our annual “Music Fest on Top of the World”…. Mid June 2021 and prepare yourselves to have a “Cluck’n Good Time”!

Psst….tickets will sell out early so get your 2021 tickets now! 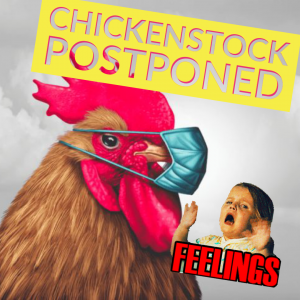 Everything you need to know about Chickenstock 2020!

It wouldn’t be music festival with the music!  Full lineup is coming soon.

Get in on this year’s festivities!

Where it
all began

“I know Chicken, and you are DEFINITELY not from Chicken!”

It was that outlandish claim that prodded festival coordinator Josea Busby to dream up what is now fondly known—and often incites a smirk and giggles—as Chickenstock.

Busby was helping out at the end of the Iditarod dogsled race in Nome in 2007 when she discovered a bluegrass band in town. She was watching the band when she received the aforementioned accusation that questioned her “Chicken-ness.” The wheels started cranking, and right there in Nome a festival was hatched. Such irony is the zany weirdness that thrives in remote Alaska—Busby would know.

READ THE REST OF THE STORY

A special thanks
to our sponsors!